The other evening, our neighbor’s ten year-old daughter came by to give us a couple of cupcakes she made that afternoon.  I’ve been teaching her how to crochet and gave her a skein of thick blue yarn and a big 6mm hook for beginners.  She’s making a hat.  When she walked in Tony and I were sitting at the dining room table – me at the computer, writing and he next to me, drawing.  We had the dim chandelier light on, candles burning, Davis and Coltrane playing softly, and a warm fire flickering.  The boys were lying near the fire with bulging bellies, panting. We must have made quite a picture.

As she walked over to my chair and stood next to me, I could see her face was taking everything in.  Then she asked, “Is this what you guys do every night?”  I giggled and Tony told her that sometimes we watch a movie, but we don’t have T.V., so mostly we read or write, go for walks, talk, play with the boys, normal stuff.  As she looked around blinking peacefully, I could remember being her age and taking note of such things.  Moods. How normal couples are with each other, what they do.  It made me smile.

I like to think that she will store that memory in the back of her developing brain, and endeavor to find someone who will give her the peace she needs and the love every little girl deserves. I pray she does…

My brother picked me up (for the LAST time I told myself) in his Datsun 280-Z and together we zoomed over the Bay Bridge to purchase my new set of wings. Once we hit Angel Island we drove around the military parking structure – lost for a while, and then I saw him, the Naval Officer. He was standing next to my car, and it was cuter than I ever imagined! An uncontrollable squeal passed through my lips. I looked at my brother excitedly, but he just said, “Rae be cool.” Between his teeth.

There’s a lot to be said about buying a used vehicle from a person in the Navy. This car looked virtually brand new. It was freshly waxed, the paint was perfect (the benefits of a covered parking garage), the vinyl seats sparkled, none of the piping was ripped, and you could practically eat off of the rubber floor mats. I couldn’t believe he wanted to sell her – then he proudly showed us his brand new sports car, black, with sunroof.  I remember thinking what an odd contrast his two cars made. As I think back, he was probably about 45…”mid-life.”

After my brother looked under the hood and drove around the parking lot, he gave us the thumbs-up. I stood shaking as I handed him my money, “Will you take $800?” I smiled, blinking innocently. One side of his mouth went up, “Sure. But promise to take good care of her.” I nodded, afraid to speak. I could feel another squeal building up in my throat.  He took my hard earned cash, we signed the pink slip, shook hands (ouch) and he was gone. I couldn’t believe how easy it was to buy such a big item.

Now, you must remember that it was my brother who test-drove around the parking lot, not me. I was busy ogling the overall splendor of my new wings, when I noticed a long stick with a ball at the end, between the two front seats. “That’s a strange looking E-brake,” I whispered to my brother. He just gave me another wide-eyed look, which meant, “Be cool.” I said no more. Now that we were alone with MY car, I sat in the drivers seat and asked, “What the heck is this stick?! And why are there THREE pedals?!”

“Dude, it’s a manual transmission, a stick shift.” My brother said and started laughing, wickedly. I began to sweat. My mom’s Toyota was an automatic; I’d never driven a stick before. I must have turned bright red because my brother quickly said he would teach me. “Where?” I asked. “We’ll drive around the City together until you feel comfortable enough to drive home alone.” He said, reassuringly. I was still sweating, but it was my brother who taught me how to drive a manual. Besides, how hard could it be?

After a quick lesson around the parking lot we headed onto the freeway, with no plan at all except taking the first exit off of the freeway – Fremont, and into San Francisco. All went exceedingly well and even my brother was a little impressed at how calm I was, but we were still on the freeway. As I took the Fremont exit I almost drove us into the bus terminal. I was downshifting for the first time, grinding the gears trying to find third when my brother yelled, “Get over!” I did immediately, without looking. Thank goodness no one was there. I began to shake. “Turn left here,” he said casually, so I did. It was California Street. I was beginning to feel a little uneasy about all this stop and go clutch, brake, clutch, gas, break, clutch. Then I looked up. “Why did you tell me to turn? It’s straight up!” I yelled at him, tears springing from my eyes. He started laughing, having the time of his life. “Dude, you’ve got to learn how to drive up and down hills using your clutch!” He was right, but this was definitely a crash course in manual driving. Peter always did like torturing me…

Like the time I was nine, sleeping peacefully in bed when I heard a muffled, “Rae. Rae, wake up.” When I opened my eyes I was nose to nose with the devil’s skull, or Peter wearing a Halloween skull mask, complete with dark, hollow eyes, white boney features and black sackcloth. I screamed, and then I fainted. He was nice enough to shake me conscience, and was holding the mask in his hands when I awoke. I think he let me strike him, then he apologized and his eyes were sincere so I forgave him. He can’t help it, he’s a boy I thought, plus I always knew that deep down my brother truly loved me. He just had a hard time showing it in healthy ways…like now.

As we drove UP UP UP California in first gear, then second, I could feel all the weight of the car pulling me backwards, it was a horrible feeling. Also, I saw cars building up behind me, and the car directly behind me was a shiny black limousine. “PETER!” I screamed, looking in my rear view mirror. He looked back and his smile went away. Long story short, I must have burned 1/2 ” of rubber off of my tires that day, but I mastered California and I became an exceptional parallel parker.

As I followed my brother back over the Bay Bridge I blinked my lights at him in gratitude. When he took his exit off of the freeway I kept going. I was alone, in my own car, destination unknown. I began to weep, then I quickly stopped because I didn’t want to crash my new car. I thanked God for protecting my brother and me while we terrorized our fellow drivers.

I drove all around the beautiful city of Oakland – Piedmont, Montclair, Rockridge, Broadway then Jack London Square. I parked in the staff parking lot and ran into work to show my best friend, Keith, my new set of wheels. “Dude! Awesome!” He said excitedly. I told him the whole story and we both laughed. 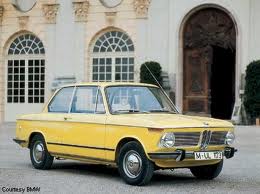 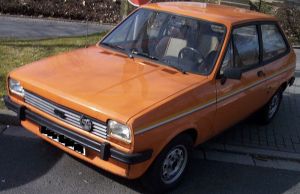 Time has a tendency to wash away certain memories (thankfully), but I can still remember my firsts: First kiss, first fight, first boyfriend, first time, first heartbreak, first tattoo, first arrest (just kidding). These memories are a little foggy now, but I’ll never forget my first car. Some people can remember their lives very early on; my nephew says he remembers when he was born! I think my life really began when I turned seventeen.

I graduated from High School via night school, I started wearing make-up (hooray for lipstick!), I had a true best friend (Baby Dog) and I got my first full-time job at Pier 1 Imports in Oakland’s Jack London Square. I was ready to start living my life. The next step was to buy my first car.

Over the years I’d already mastered the bus, BART, Amtrak, SF Muni, Cable Cars, and my mom’s 1981 Toyota Corolla – strictly used to pick-up groceries or to clean the doctor’s offices (another story for another day). But more than anything, I wanted to get out of town on my own, with my dog, in my own car. I wanted to see the world (or at least the Bay Area) without having to rely on people to take me where I wanted to go…and I wanted to park in the “staff only” parking lot at work.

Almost every one of my friends got jobs after graduation. I think two enrolled in community college and zero went away to university. We all worked for a living, at Croll’s Pizza, Walden Books, Burger King, or Ross. Nobody thought any differently, because we were all taught to be laborers, not rocket scientists. And none of us expected our parents to buy our first car for HS graduation or for our 18th birthday like they do in the movies. Nope, if you wanted a car you had to save up and buy one yourself.

It took me nine months to save $800 working for Pier 1. I called my brother the day I found a car in the classifieds and asked if he would accompany me to Angel Island, where a retired naval officer was ready to sell me his 1976 Ford Fiesta Hatchback, new condition with low miles for $900 – “firm.” He’ll forfeit the extra hunski as soon as he sees my winning smile, I thought.

I used to dream that my first car would be a vintage BMW called the 2002. There was an orange one parked on the other side of Alameda, where the “rich” people lived that I would pass by to and from cleaning the offices at night. I wanted that car so much that I used to park across the street and just look at it. I would fantasize about the wonderful places I would go and how fabulous I would look. The sign in the window read $4,000.

After working for three months at Pier 1 I was promoted to Assistant Manger, making $5.50/hr from $4.25 and I saw the reality of my situation. It would take me YEARS to save for that car. Yes, it hurt as reality can, but I took it on the chin and moved on. My brother’s wife had a Ford Fiesta, and I suppose I admired her because she was my brother’s wife and four years older than me. I remember hearing Anne Shirley say, “Imitation is the sincerest form of flattery.” It would be a romantic gesture.

In truth, I was ready to buy anything….